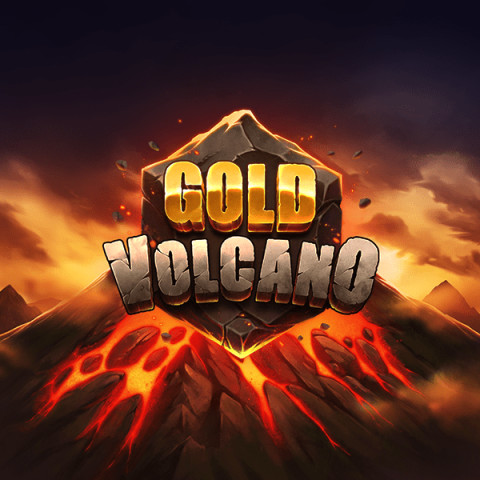 Gold Volcano slot by Play'n GO is a volcano-shaped grid slot with cluster pays system and many eruptive features.

The main visual of the game is an active volcano, waiting to explode with wins. The grid is transparent, with 3-4-5-6-6-5-4-3 formation during the base game, which matches perfectly with the volcano backdrop. High paying symbols are gems, lower-paying are suits, and all of them could've been a little bit bolder and grander.

To score a win, you need 4+ horizontally or vertically connected symbols. The winning symbols burst away, and new ones cascade down. The Dormant feature can appear during any no-win spin, activating 1 of 3 effects: Rumble - shuffles the symbols and creates a Scatter, Lava - creates an additional layer of any symbol (except for Scatter), Excavate - places 3-5 Wilds on the grid. The Pressure feature activates randomly, and after winning symbols are gone, a Wild symbol appears before new symbols cascade down. Wilds can even come with an x2 Multiplier, and if there is more of them in one cluster, they will multiply with one another. When you collect 3 Scatters, the Crystallisation feature starts and turns one set of gem symbols to the highest paying Gold one. Collection and transformation reset after every spin, except when triggering the free spins round. The Eruption, a grand finale free spins feature, starts when six continuous cascades have occurred. It awards five free spins, playing out on now extended 8x8 grid where symbols push from the centre outwards. Six more consecutive Cascades during the bonus add +1 free spin.

The Gold Vulcano tells a story. Not only through the visuals, but also through the use of the features and mechanics. It gets hot, it gets exciting, and the potential matches the theme.