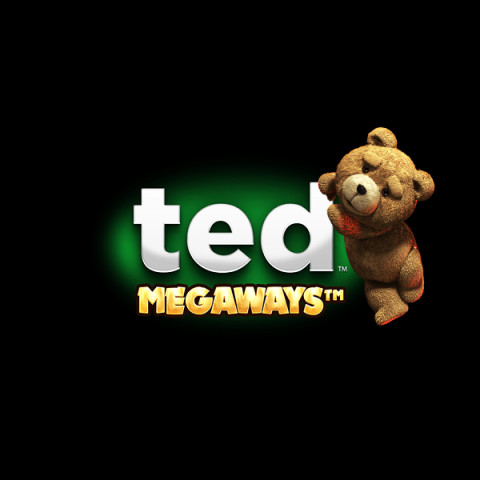 Ted Megaways slot by Blueprint Gaming brings the obnoxious but charming teddy back to the reels. In 2017, Blueprint released the successful Ted slot inspired by the R-rated blockbuster comedy with the same name.

In the base game, you can see Ted lounging on a couch and drinking beer next to the reels, as he yells out one-liners over the soundtrack similar to the movie's theme song "Everybody needs a friend". There are six main reels and an extra row above reels, with four positions. High-paying symbols are a sixpack of beer, angry duck, Tami-Lynn and the Ted logo, while the lower-paying ones are colourful card ranks.

Ted Megaways is a high volatility slot, with RTP of 96.03% and max potential win of thrilling x50,000 your stake.

After every win, the Cascade feature activates, the winning symbols disappear, and new ones drop down to potentially create more wins on the same spin. On any random spin, the Mystery Ted feature can trigger, where blabbing Ted shots up the reels with his laser gun, firing up to 100 Mystery Symbols. Mystery Symbols transform into the same symbol (any except for Scatter) to reveal wins.

When you land four Scatters, the Thunder Buddies Bonus will kickoff. You can choose to either get right into the 12 free spins or take your chances with the Thunder Wheel where your bonus round might get better or worse.

During the Free Spins, new Ted symbol appears and collecting three of those awards two extra free spins and increases the minimum number of Megaways. Free Spins round also uses a progressive win multiplier, that starts at x1 and increases +1 after every cascade.

The Mystery Bonus Buy feature will give you a skip-the-line ticket to the Thunder Wheel for the price of 150x your bet.

The masters of branded slots made another quality one. Yes, we lost some of the features, but we got a solid Megaways slot with crazy potential, and some fun twists like cascading wins and a mystery symbol.