Wish Upon a Jackpot Megaways Slot by Blueprint 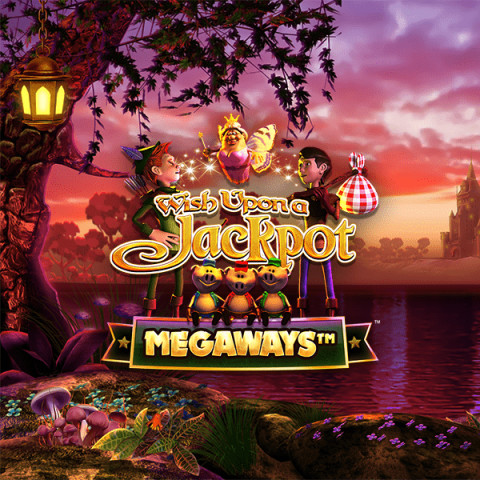 HomeGamesWish Upon a Jackpot Megaways

Wish Upon a Jackpot Megaways

Wish Upon a Jackpot Megaways by Blueprint Gaming brings us back to the fairytale land where classic childhood stories collide. The original from 2013, has been given a significant makeover and whole new engine while still keeping the charm and some of the most recognizable elements.

The visuals and the soundtrack are just enchanting. We see the magical gleaming forest and golden frames hugging six reels. High-paying symbols are a golden harp, a glass slipper, castle, and the Wish Upon a Jackpot logo, while card ranks represent the lower-paying symbols.

Wish Upon a Jackpot Megaways is a mid-high volatility slot, with an RTP of 95.5% and max potential win of 50,000x your bet.

With this release, Blueprint turned a new leaf and replaced most of the features. Winning symbols disappear, and fresh ones cascade down, making consecutive wins possible on the same spin. During any spin, the Fairy Godmother can fly by and award you a Fairy Godmother Spin where three golden orbs glitter over the reels. When you choose an orb, you can trigger three different Modifiers: Pigs Can Fly - where three piggies award wilds; Magic Beanstalk Stacked Wilds - where Jack walks by dropping beans, which grow to fill the reels above them with a Stacked Beanstalk Wild that can also have Multipliers with up to x7; and the Golden Arrow Mystery Spin - that adds up to 100 Mystery Symbols to the reels that transform to the same symbol. As the crown of features, landing three Scatter symbols kicks off ten Fairy Godmother Free Spins. Before the bonus round starts, the golden orbs will pop up again, letting you reveal one of the three Modifiers to spice up your free spins. The bonus round also includes an unlimited win multiplier which increases by one after every cascade.

The new chapter of this story is a fair one. Magic of the first slot is still here, covered with a fresh coat of fairy-dust. The gameplay is more streamlined, and RTP and the potential are up.