Sweet Bonanza from the industry powerhouse Pragmatic Play is one of the most influential games in recent times. What lies within the success of Sweet Bonanza, and how did the live streaming market impact its visibility and to make it what it is today?

In this third article of our “The secret success story of…” we will put Sweet Bonanza from Pragmatic Play in the spotlight. In our previous articles, we have analyzed Starburst and Book of Dead and their respective hidden secrets in their success. Now, we are turning the page and looking into more recent times – what was the hidden key to the success of Sweet Bonanza?

Why do people watch Twitch (and casino streams)?

Before we jump into the analysis Sweet Bonanza, we need to understand why people choose to spend their time watching Twitch and casino streams in particular. Since the birth of casino streaming in late 2015, it has continuously increased exponentially in viewership. Quite recently, during the summer of 2022, the “Slots” category also broke into the top 10 most watched categories on Twitch. The exponential growth in casino streaming undoubtedly indicates that the content provided is something the viewers really want to see.

But why are people watching Twitch (or Youtube Live) in the first place? It is undoubtedly a broad question, but the answer is pretty straightforward, in my opinion. It’s entertainment. And it has the social element (and feeling part of a community). This is much thanks to the new generation and the behavioral shift on how live streaming has changed how we as humans consume entertainment on a broader level. Ever since the start of live streaming, the core purpose of Twitch has been to deliver “the next generation entertainment” and give streamers a toolkit to create a sense of community among their audiences. POG, anyone? 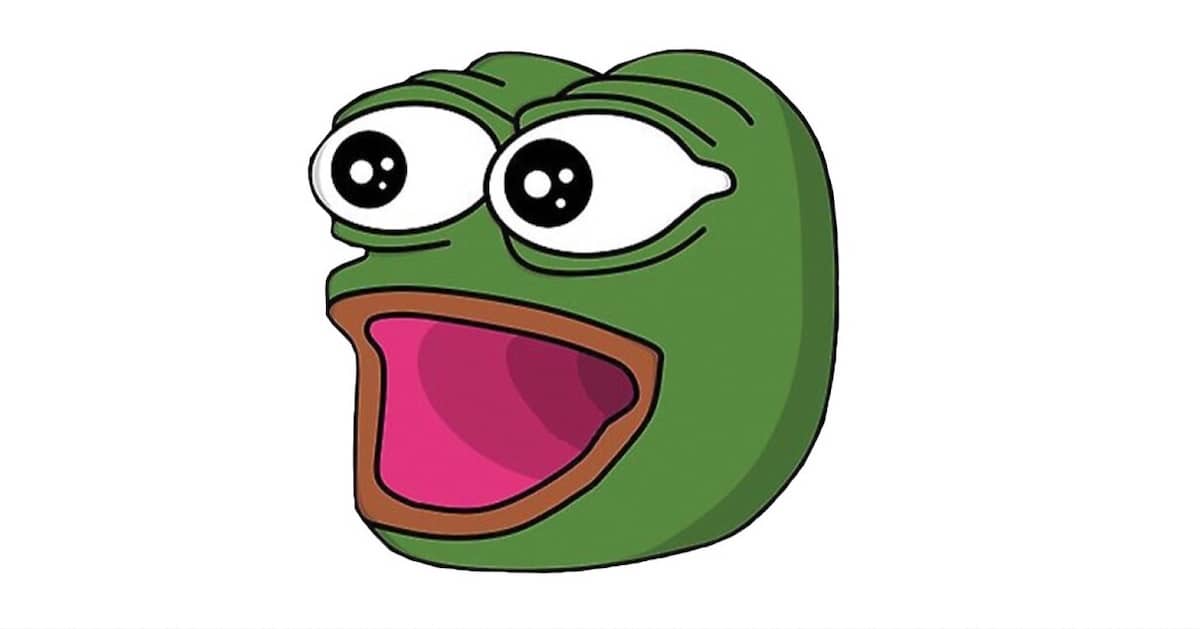 You have probably seen this guy on Twitch before, right? Emotes, like this one POGGERS (used to express excitement), are an excellent way for the community uniquely express themselves in the chat.

Key factors on why casino streaming is increasing in popularity

Casino streams compete with other entertainment on Twitch, binge-watching Netflix, playing PUBG, going to the movies or dinner at a nice restaurant, or having a crack at level 10 000 on Candy Crush Saga. You get the point; in today’s world, we have so many different options to get entertained that ultimately boils down to how we choose to spend our time.

And speaking of time, I think it’s a significant factor in the growth of casino streaming from a viewer’s perspective. We need to look at the product itself – a slot machine – a form of entertainment that is totally random and based on absolutely no skill. This will give the viewers instant entertainment that can deliver unexpected happenings at any time. Compared to an e-sport game you will have a time to schedule in, but with casino streaming viewers can jump in and out of the action at any time and still feel that they didn’t miss out on anything.

The last and perhaps most important factor is that slot games today are much more watch-friendly. Product quality is vital here. Commercial strategies, marketing strategies, and market presence play an essential role in the iGaming industry, or any industry for that matter. But if you don’t have a high-quality product designed for a specific target audience – you won’t win in the long run. And this is where Sweet Bonanza shines through.

Sweet Bonanza from the industry giant Pragmatic Play is one of our industry’s most visible product brands. It can usually be seen at the top of the casino lobbies and live on stream played by many different casino streamers on Twitch and Youtube. One might say, Pragmatic Play is huge, so of course, everyone will play their games. And Sweet Bonanza will be one of them, but it’s not that simple.

As earlier mentioned, first, you need to understand your target audience and the different motivational factors that drive them even to pick up a game in the first place. In Sweet Bonanza’s case, this is where it stands out and delivers something that the target audience really wants. The game is exceptionally well designed to be equally fun to play (as a streamer) and watch (as a viewer).

One of the most watched slots ever

Let’s look at some of our numbers to put things into perspective. Until today, Sweet Bonanza, has surpassed over half a billion in total watched minutes. Yes, you read it correctly – over half a billion minutes – or over 8 million hours when someone on the other side of a screen has seen the brand. This represents around 2% of the total reach we have tracked since 2019. That’s quite something. 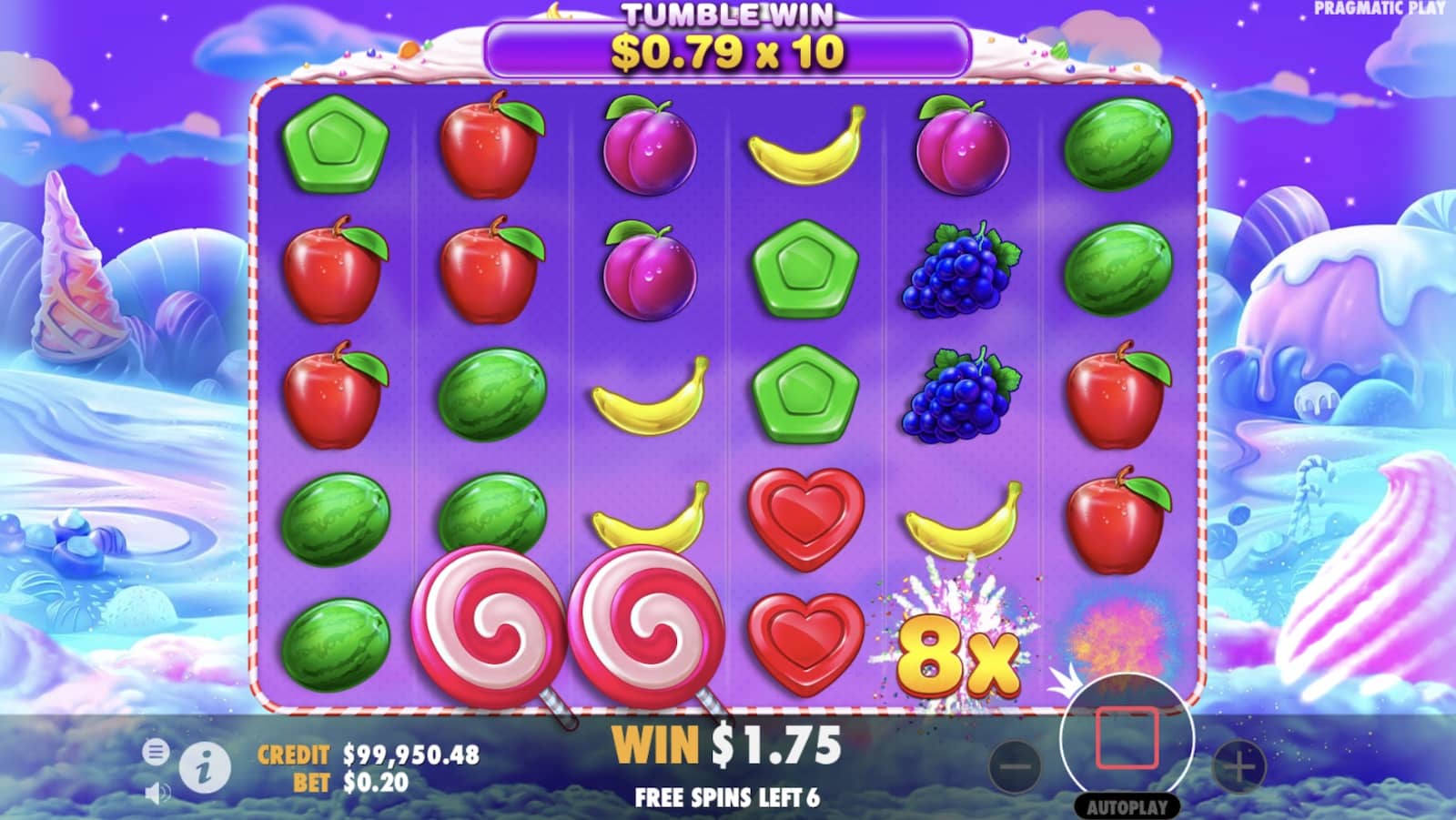 A screenshot on Sweet Bonanza in action where the multipliers are adding up to the total win.

I’m confident that we would never have seen these numbers if the product wasn’t such a perfect fit for the target audience. So, what is it that makes Sweet Bonanza such an excellent fit for streamers:

Since the launch of Sweet Bonanza, we have seen several dozens of similar concepts based on the same mechanics from different game providers. Pragmatic was like a trendsetter in 2019, almost creating a new genre of slots. Whether it’s balloons, bombs, gems, or Christmas bulbs that pop up with adding multipliers, you will see similarities with Sweet Bonanza.

Some fun facts, Sweet Bonanza, was among the first batch of games that were included in our first AI model released on September 16, 2019. Today, we are still the only company in the world knowing what games are being streamed, seen by the viewers, and also to a large degree which games are being played. Brand awareness is key in 2022 to break through the noise.

I’m happy that so many are reading our blog and I hope that you have enjoyed this article. Make sure to follow us on social media or bookmark this blog, as to not miss out on insights like this. Till next time, just ping me on Twitter or reach out to hello@casinolytics.com if you would like to have a chat. Thanks for reading.