The rise of casino streamers in recent years has definitely drawn the attention of the iGaming industry and has now become a natural part of it. In this article, I will share some insights on what I think are the important criterias that you as a slot provider need to keep in mind when designing slots for streamers.

To give you some context, I’ve been in the industry for almost 15 years now and have seen the evolution of slots, from the very simple classic 5x3 reels to today’s very advanced mechanics and creative themes.

Despite my somewhat long time in the industry, I do not know all the details and work behind building a slot. On the contrary, I’ve seen many slots that work for content creators, the streamers, and those who fall short – both by watching over thousands of hours of live-streamed slots on Twitch and in the data we provide at Casinolytics.

The streamers, which is the target audience, are what I’m going to focus on and things you need to consider when building a slot game for them. I mean, as with any product you are about to create – you will need to keep the needs of the target audience in mind to make it interesting for them.

Streamers, so who are they? First of all, they are players, but perhaps more importantly, they are content creators and affiliates that want to please their audience with exciting content. At its core, streamers are entertainers, and they provide entertainment and give their viewers reactions, like any other entertainment. So the question remains, how do you build a game that entertains their viewers? One could say that it’s all about the potential and big wins, but I think its more to it than just a huge max win.

I’ve chosen to split the slot creation into three different sections of things to consider when building a slot for streamers: Theme, Tempo and Features.

You might say that this is extremely important, but to be honest, it’s not really. The streamers don’t favor any specific theme in front of another, and if other elements in a game are met, then the theme is not that important. From time to time, a theme can create hype and awareness and generate some long-tail effects depending on launch time and global trends. For example, sequels of classic slots and good music can contribute to it. An example of this is Jammin Jars 2 from Push Gaming and Reactoonz 2 from Play’n GO, which created buzz and anticipation for those releases among the streaming community. Also, looking at the long-tail effect, we have Hotline from NetEnt, which music generated hundreds of thousands plays on Spotify just because one of the biggest streamers had a big win on that slot, and the song went viral. It’s a quite smashing hit if you’re on to 80’s music.

One of the critical elements in a slot for streamers is tempo and timing. In this case, ranges from spin speed, win presentations to scatter teases. Why is this important? Imagine yourself in the position of the streamer, you spend hours and hours each day spinning slots. If things are too slow, you will probably get bored that nothing happens in front of your audience. If the slot is too fast, both the streamer and the audience might wonder what is happening in the game. In general, if you don’t have a good tempo and timing, a streamer might not play the slot more than once. A good option to consider is to have the possibility to set the spin speed in modes and add skip-click animations to give more control to the streamer. Also, talking about timing, I mean, we all love the perfect timing of teases. Not too long, not too short. A perfectly executed scatter tease can do wonders for a game.

“A personal favorite of mine is the brilliantly executed scatter tease in Deadwood from Nolimit City.”

Ever since Bonus Buys were introduced in the slot White Rabbit in 2017 by BTG it has played a crucial role in the streaming community. Why? This gives the streamer super powers being able to jump right into the action and give the audience a roller coaster ride in the bonus game just a click away. Time management is crucial, so the question to be asked is: Will the streamer be able to adjust how the time is spent when playing the slot?

Like in movies and music, it’s no secret that you need to have a build-up phase in the slot with different features, which could be applied in the bonus and base game. The build-up adds excitement and anticipation without knowing the actual outcome. I mean, there are tons of unique features nowadays in slots, but let me generalize somewhat:

The element of a long build-up gives the viewers an incrementing level of excitement throughout the bonus round. Streamers love everything sticking, stacking, and incrementing that add to a significant potential if the lines/ways connect. Combining this with an element of surprise, you get a really good combination.

Adding elements of surprise has always been very streaming friendly since it can create very unexpected reactions, like a scary scene in a horror movie, or in the slots world, a random feature, or surprising big wins. One of the most iconic slots that was popular among streamers in the past was Immortal Romance (Microgaming), where you can get the random feature called “Wild Desire” that lands wild reels that might land perfectly and generate some huge wins out of the blue. Worth mentioning is Dead or Alive (NetEnt) 5 scatter huge win and a more recent take on this is the one-spin max win potential in Fruit Party (Pragmatic Play). In general the Megaways™ mechanics is a success in the streaming community thanks to its random high potential on each spin. A similar mechanic is the XWays mechanic from Nolimit City which is also very popular and generates anticipation and keeps the excitement level high.

It is also no secret that potential of the slot plays an essential role in making it even considered by streamers, there is no specific max X-win amount that I had in mind, but the slot together with the streamer needs to have a possibility to generate excitement and great content. Speaking of content, imagine hitting a wild-line on Dead or Alive 2 or being the first streamers that reaching the max win on a slot? Streamers want to accomplish different objectives and hope to among the first ones to serve unique experiences with their viewers, and also share that experience on other social media platforms. Having a re-play feature is also a great idea to show off a slots true potential and relive the big moments on stream.

Streamers are content creators at the core, and they deliver entertainment by serving reactions to their viewers. But as with any product, the starting point will always be to understand the target group and craft a plan on how you want to bring your product to the market. By using streamers to market your slot is one way of doing this.

If you are interested in to understand the live-streaming landscape in more detail we are more than happy to set up a call to tell you more. Thanks for reading.

ARTICLE BY
Johan Sandén
Johan Sandén is the co-founder & CTO of Casinolytics.  With extensive programming experience, Johan has been solving problems with code for two decades. He calls himself  a “Creative Technologist” and is the mastermind behind our AI. And of course enjoy slot gambling! 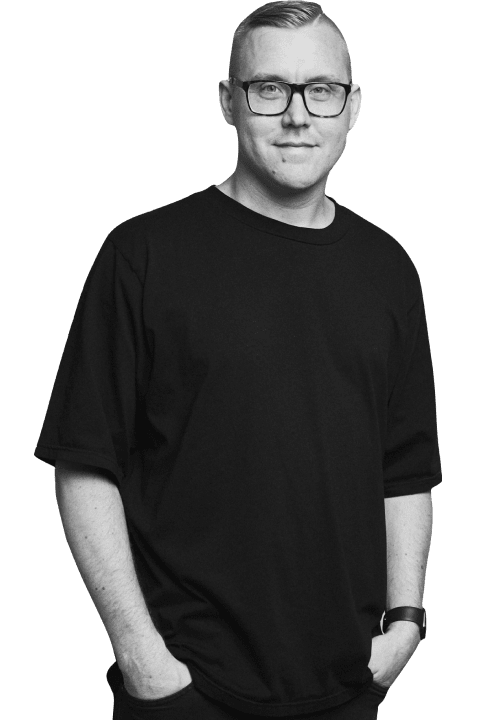